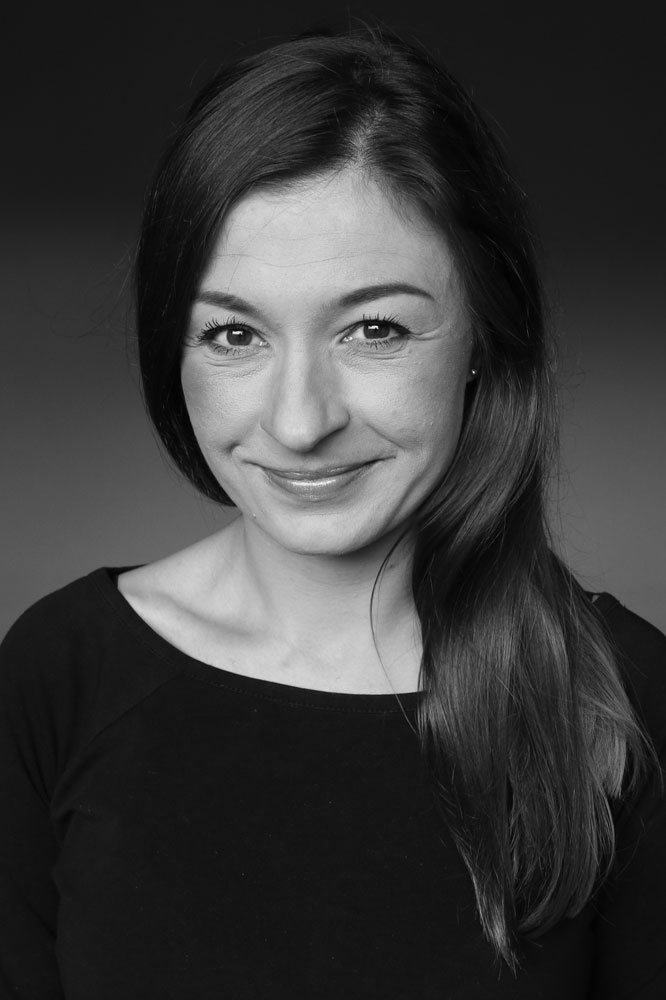 Graduate of the Film School in Łódź and Berlinale Talent Campus.

She has cooperated with the Warsaw stages – the National Theatre, the Polish Theatre and the Studio Theatre; with the Doc Theatre in Moscow and the Ad Spectatores Theatre in Wrocław. She is the originator and organizer of the SAME BABY project and Stand-up Women’s Day. Her credits include roles in Polish and German film productions. She regularly cooperates with the Polish Radio Theatre.

Since 2013, Iza has been presenting her award-winning comedy monodrama Credit of Trust in the KTO Theatre.

In 2018 her second monodrama The Beginning of an End appeared in KTO Theatre’s repertoire. Both performances were directed by Aneta Wróbel.