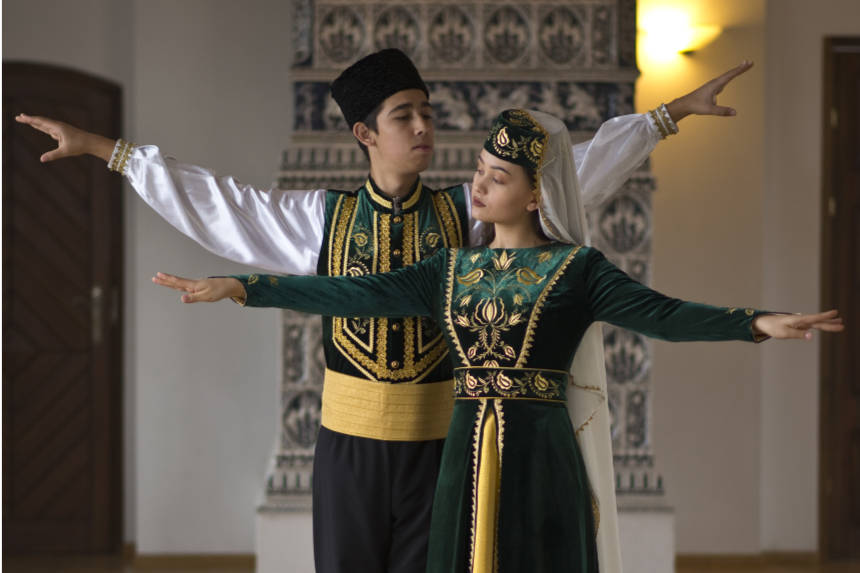 Beautiful costumes, traditional songs and dances as well as the authentic sound of the Tatar language will delight the audience at this unique event. The Tatar Song and Dance Group Bunchuk was established in 1999 in Białystok (North-East Poland). It gathers children, teenagers and adults of Tatar descent as well as those from the mixed families domiciled in the region. The group is focused on cultivation of dances, music and songs inherited from the Tatar ancestors who had once settled in the Podlasie region of Poland. The group also promotes Tatar culture, both locally and internationally, and popularises Podlasie as a colourful multicultural region. The group took part in the 2012, 2013 and 2015 parades at the Lajkonik festiwal in Krakow*.

After the performance there will be Tatar dance workshops for those who are willing to learn the basic steps and dance together with the group.

* Lajkonik is an unofficial symbol of Kraków. It is presented as a bearded man resembling a Tatar in a characteristic pointed hat, dressed in Mongol attire, with a wooden horse around his waist. It is the subject of the Lajkonik Festival that takes place in Krakow in June.