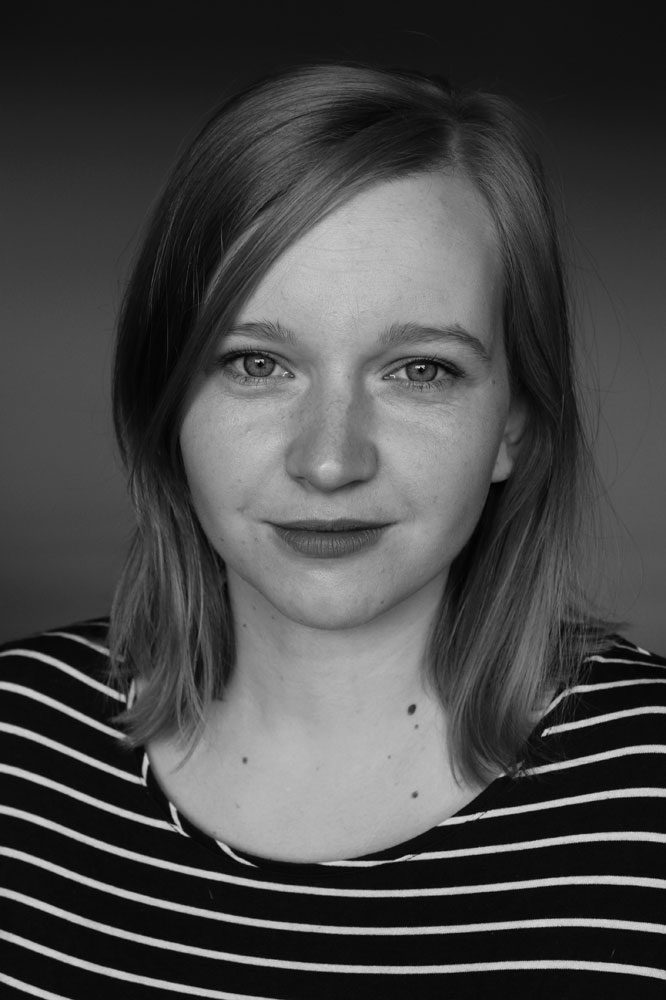 Graduate of the Film School in Łódź.

She performed in the Studio Theatre and the K. Dejmek Nowy Theatre in Łódź.

In 2013 she joined the Juliusz Słowacki Theatre in Krakow, where she performs in shows created by Agata Duda-Gracz, Anna Augustynowicz and Wojtek Klemm.

The role of Jennifer in the play In a Dark Dark House directed by Marcin Hycnar brought her the Andrzej Nardelli Award for the best acting debut in the 2013/2014 season.

Her filmography includes roles in such films as In the Name of the Devil by Barbara Sass, Without Shame by Filip Marczewski and Life Feels Good by Maciej Pieprzyca.

Working with the KTO Theatre since 2018, she took part in Jerzy Zoń’s reading of Weselisko and Vivat Podgórze!.

Currently, in the cast of Chorus of Orphans, and The Fragrance of Time.