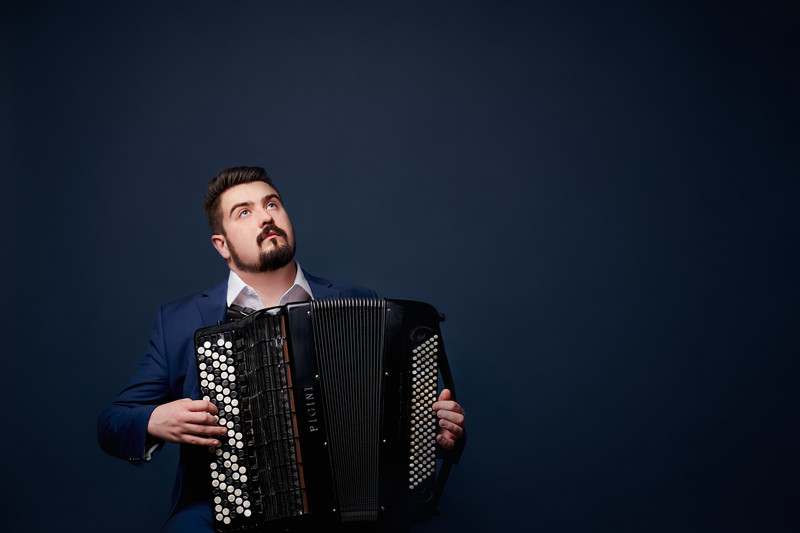 Bartosz Głowacki graduated from the London’s Royal Academy of Music with honours in 2016. He is the winner of over 40 music competitions and festivals in Poland and Europe. As a soloist he performed in many prestigious places, such as Wigmore Hall, Salle Cortot in Paris, Studio S-1 of the Polish Radio in Warsaw. He played with world-famous musicians, such as Nigel Kennedy, Trevor Pinnock, Tanita Tikaram and Manchester Collective. In 2019 his group Deco Ensemble released a music album “Liquido”, and his first solo album called “Genesis”. In 2020 for the first time he performed Brett Dean’s “The Players” – a concerto for accordion and symphonic orchestra, together with London Philharmonic Orchestra. In 2021 he was invited to take part in Ryan Latimer’s compositions concert with London Symphony Orchestra. The same year he released an album “Abrazo Abierto” with London Tango Orchestra, where he played the bandoneon. At the beginning of 2022 he released an album with guitarist Andrey Lebedev, entitled “Postcard from the South”.