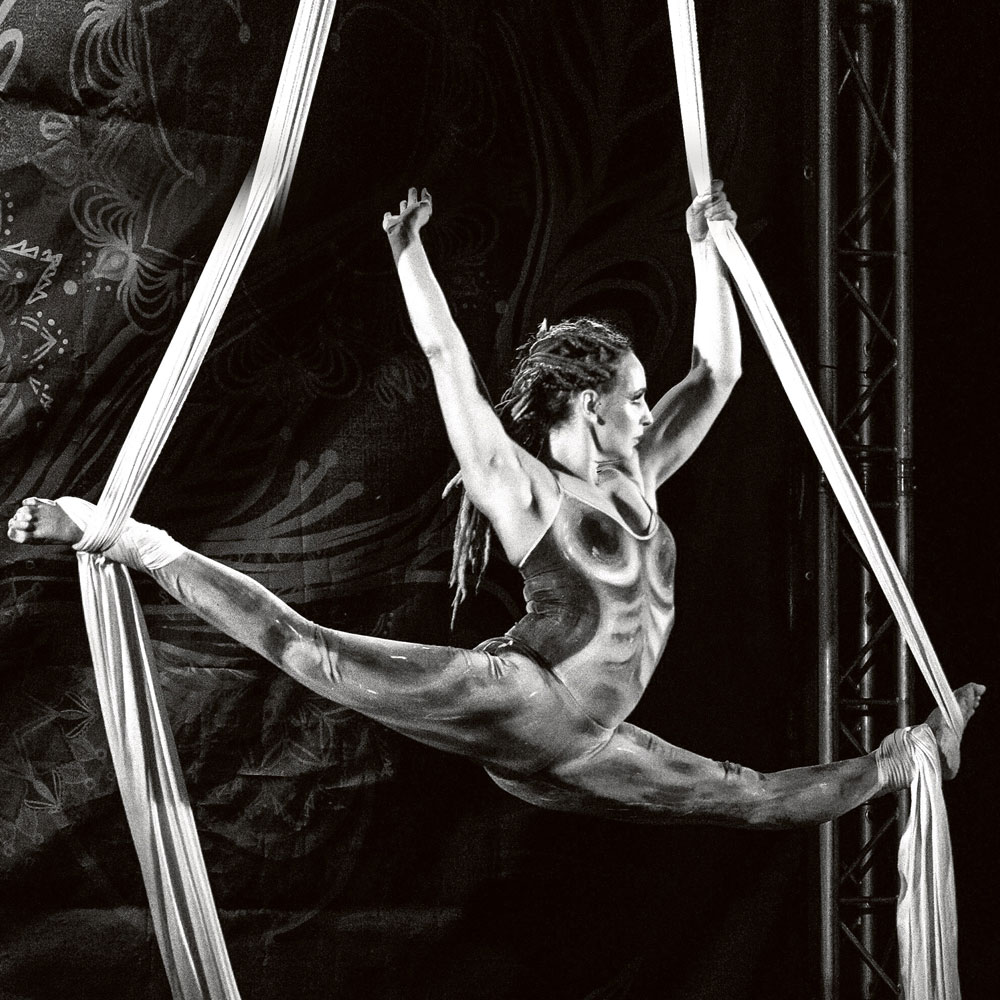 The element of fire – the symbol of love and hate, creation and destruction, passion, struggle and purgation. This primeval energy sets its initiators “on fire”, and at the same time it turns into the visual matter of spatial images. Dance, music and the magic of fire become one, creating a colourful composition which makes the audience witness a peculiar ritual.

The process of preparations for this spectacle was spread over several years when the group travelled to the Sicilian islands. Its various versions have been presented in many places, including the festivals in Cividale del Friuli, Linz, Lipari, Palermo, Rome, Stromboli and Tokyo, as well as in a number of Polish cities.

An independent theatre group operating in Warsaw since 1991. Pantomime has always been the starting point for its artistic exploration and practice. Its original performances combine attractive visual elements with physical theatre, pantomime, dance, circus and fire. Along with its work on the stage and in the street the Akt Theatre creates interactive performances and happenings. The company’s premises in the Praga district of Warsaw serve as a venue for a variety of cultural projects, such as Czarna Offca – a review of theatrical phenomena or Sztuka Obrzeży (Art of the Fringes). As a part of an international group called Teatro del Fuoco, the company has regularly created and performed theatre shows in Italy.