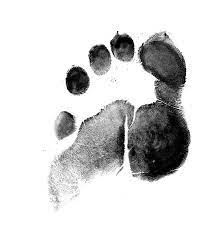 Inspiration for this production was found in the famous book by Antoine de Saint-Exupéry entitled „The Little Prince”. Set at the crossroads of dance theatre, multimedia and open-air show, it is a metaphorical tale about what could happen if the Little Prince grew up. At the beginning of his story, the pilot says, „It’s very sad to forget a friend.” The creators of the performance pose a question: „If you can forget your friend, then can you also forget yourself?”. After all, „All adults were once children, but few of them remember it.”

The Big Prince returns to the places that he had once visited, but he hardly recognizes them. Everything there looks just as familiar as unfamiliar. He meets again the rose, the fox, the lighthouse keeper and the others. However, he cannot tell if it is his memory that changed them or if they have been changed by the passage of time. His journey is a repetition of the previous one, but this time done from the perspective of an adult who, being torn by his midlife crisis, tries to preserve his childhood dreams and sensitivity to the world.

„The Big Prince” is a story addressed to large princes and princesses, but, thanks to its spectacular form, the little ones will also find it attractive.

Choreography: Eryk Makohon and the band

Cooperation: The KTO Theatre, The Polish Theater in Bydgoszcz, The Museum of Engineering and Technology in Krakow

Financed by the PZU Foundation.

Co-financed by the Ministry of Culture, National Heritage and Sport from the Fund for the  Promotion of Culture – a state fund, under the „Dance” program implemented by the National Institute of Music and Dance.

Krakow Dance Theatre has been operating for 25 years. With its versatile artistic, educational and promotional activities, the company stimulates local communities and builds favourable environment for dance. It organizes participatory events involving all social groups. As a dance theatre, it travels around the region, Poland and Europe. It educates hundreds of dancers, both amateurs and professionals. Its performances, shown in partner institutions, as well as in streets and squares, have gathered thousands of viewers. As a self-financing non-profit organization, the Krakow Dance Theatre supports local communities by providing them with attractive cultural and educational opportunities. The company’s leaders are Eryk Makohon and Paweł Łyskawa.