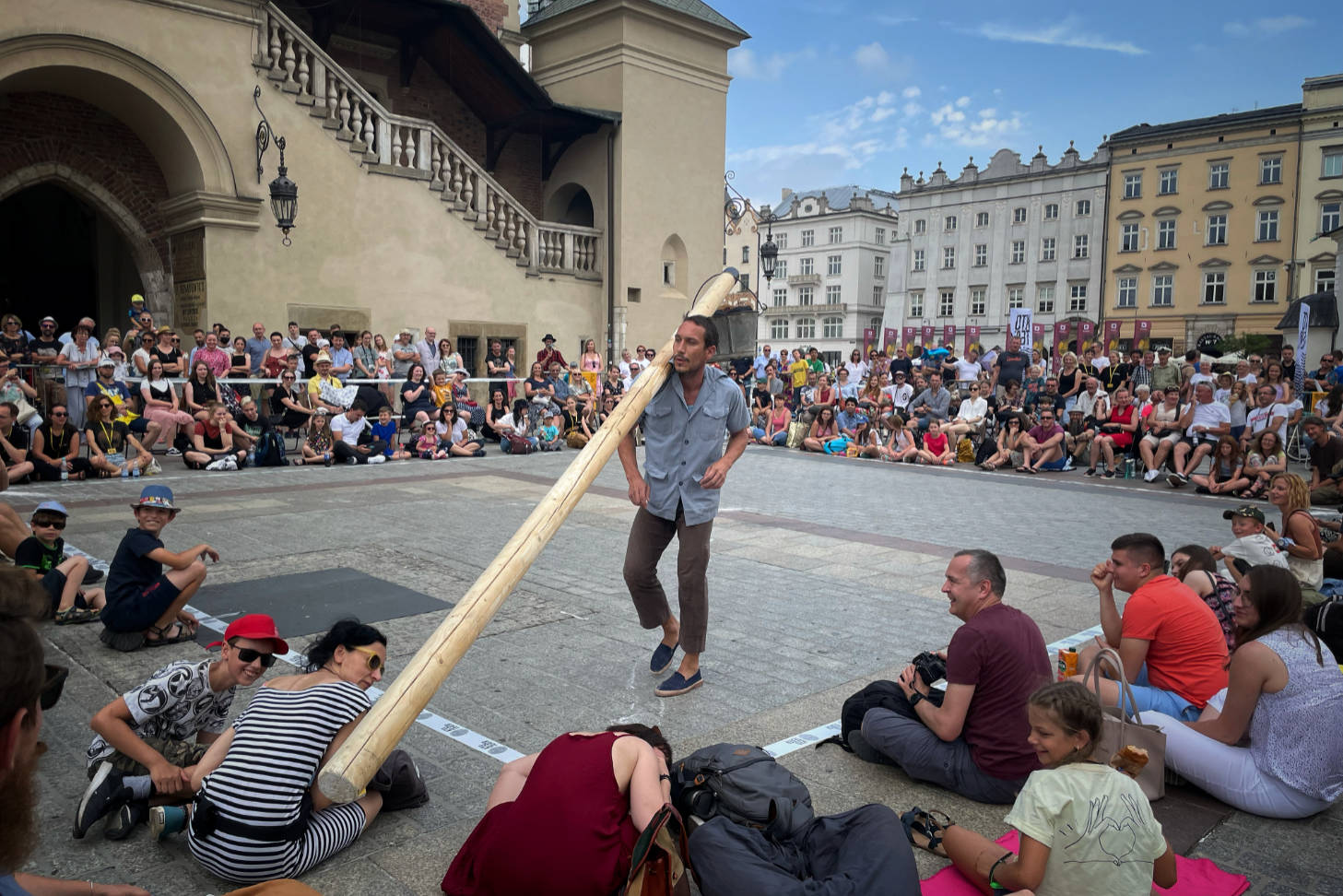 Pelat is a piece that crosses the boundaries between dance, circus, theatre and performance, and also between audience and stage. As a dialogue between human performer, object and gesture, it intends to leave space to imagination and to involve audiences in a transitory ritual of shared experience and responsibility. Created in 2013, the show soon received a number of prestigious awards and has travelled around the world ever since.

The performance returns to Krakow after its enthusiastic reception by the audience of the last year’s ULICA Festival.