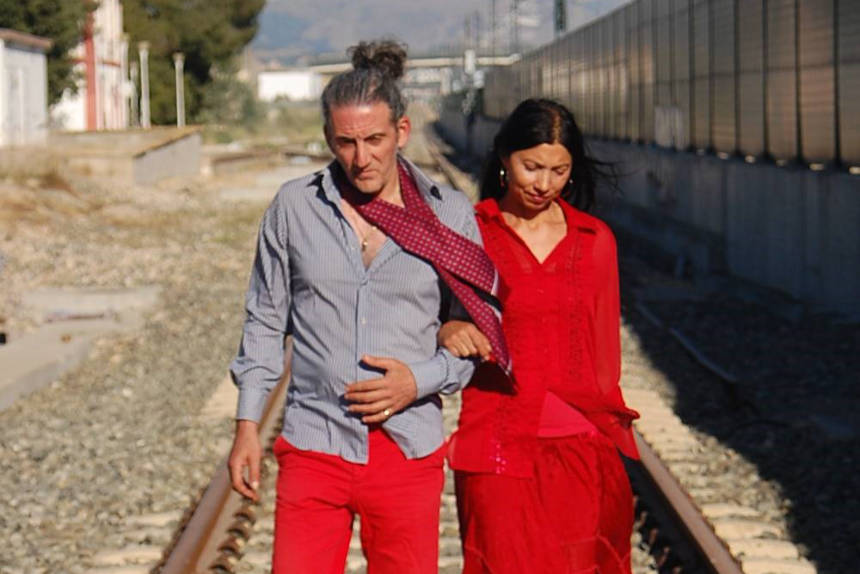 Photo from the artists' archive
Palmas, or handclapping the rhythm, is the basics for discovering the secrets of flamenco. Body awareness and technique are necessary to achieve freedom in dance. They liberate us from limitations so that we can create freely and let ourselves flow with feelings, emotions. And that is life! Experience the FREE flamenco dance workshops in an intimate group of up to 15 participants.

Bogumiła Delimata „La Bogusha” is a painter and flamenco dancer. She was born in Wroclaw, Poland in a Roma family with a long musical tradition. For over a dozen years now she has lived in Granada. She performs in Poland together with her group La Bogusha y su grupo, runs integration projects for the Roma community and also takes part in theatre productions.

Cristobal Osorio, born in Barcelona, is one of the most distinguished flamenco singers. He has performed at many festivals, including Cannes in France, the Yagori Gypsy Music Festival in Norway, the Fringe Festival in Edinburgh, Scotland and also the festivals in Los Angeles and New York. The Spanish artist’s imagination and skills allow him to collaborate with musicians playing jazz, Latino and world music in the broadest sense of the word. Currently he is also involved in contemporary theatre Projects in Spain and Poland.

Persons 16+ who want to feel freedom in dance.