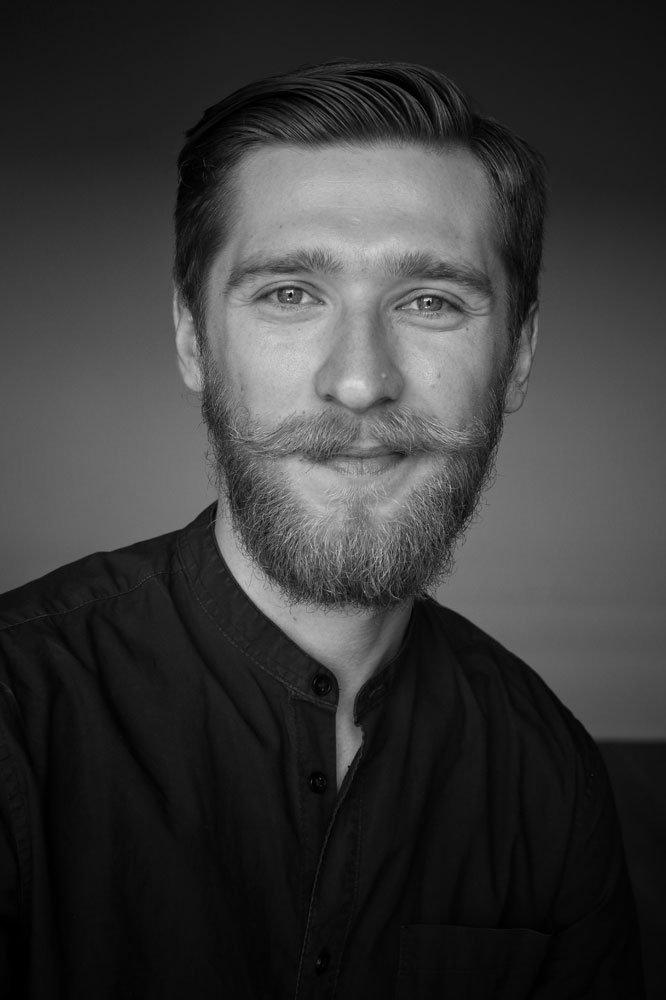 Graduate of the SPOT Acting School in Krakow.
He cooperated with the Krakowskie Biuro Promocji Kultury, Plejada Theatre and the Nomina Rosae Theatre.

He practices historical and theatrical fencing, participating in fencing shows in Poland and Europe. He co-founded the “Fencing Arts” School.

He performs in DROM – on the paths of the Roma by the Migro Theatre.

Currently, in the cast of The Blind, Chorus of Orphans, Peregrinus, I’ll Sell the House in Which I Can Live No More and The Fragrance of Time.