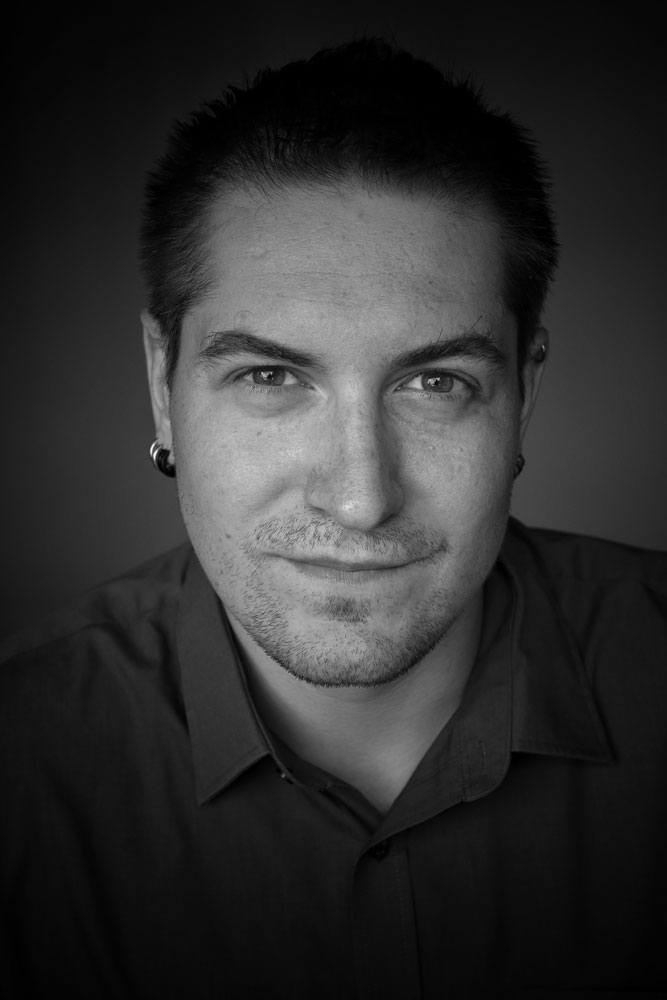 Graduate of the SPOT Acting School in Krakow.

He worked with the Adalex Theatre Group. For those who begin their adventure with the stage, in 2010 he founded the Okienko Theatre in Krakow (since 2015 under the name Prima Aprilis Theatre), where he directed four performances based on his own scripts. He leads theatre workshops for young people.

He performs in DROM – on the paths of the Roma by the Migro Theatre.

Working with the KTO Theatre since 2010, he performed in Jerzy Zoń’s Quixotage, Rondo directed by Piotr Bikont and many other productions, including Neomonachomachia (2015) Vivat Kościuszko! (2017), Biało-Czerwona (2018).

Currently, in the cast of The Blind, Chorus of Orphans, Peregrinus, I’ll Sell the House in Which I Can Live No More and The Fragrance of Time.