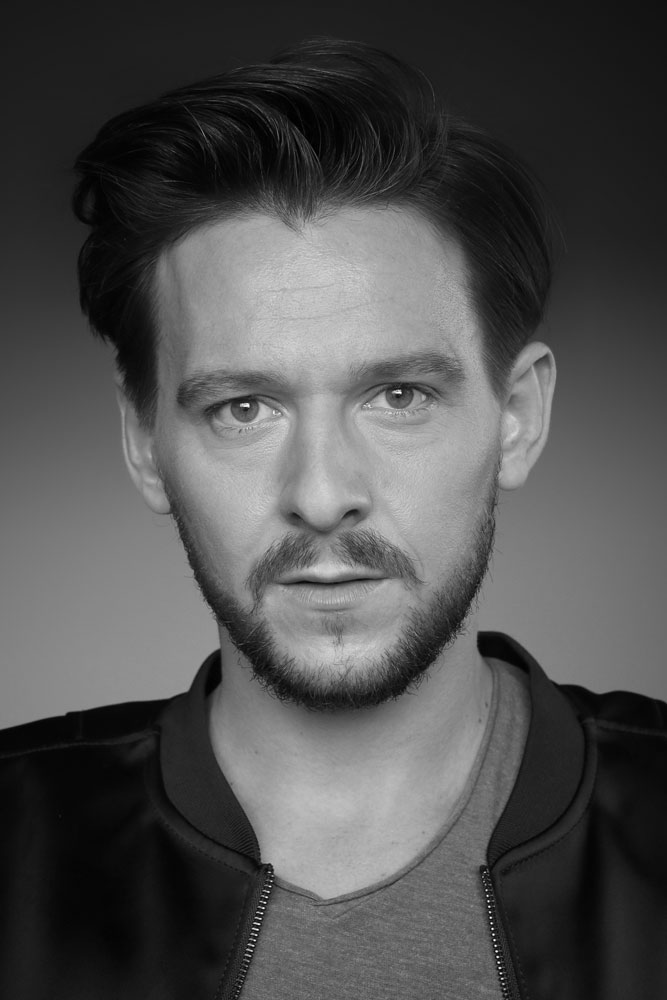 Graduate of the A. Zelwerowicz National Academy of Dramatic Art in Warsaw (2018).

Since 2017 in the National Theatre in Warsaw, where he played in productions by Jan Englert (Kordian), Paweł Miśkiewicz (Tempest), Barbara Wysocka (Death of Danton) and Eimuntas Nekrosius (Dziady).

He played in productions at the Warsaw Polonia Theatre, the Polish Radio Theatre and the Polish Television Theatre.

Mateusz started his cooperation with KTO Theatre in 2013.

Currently, in the cast of The Blind.