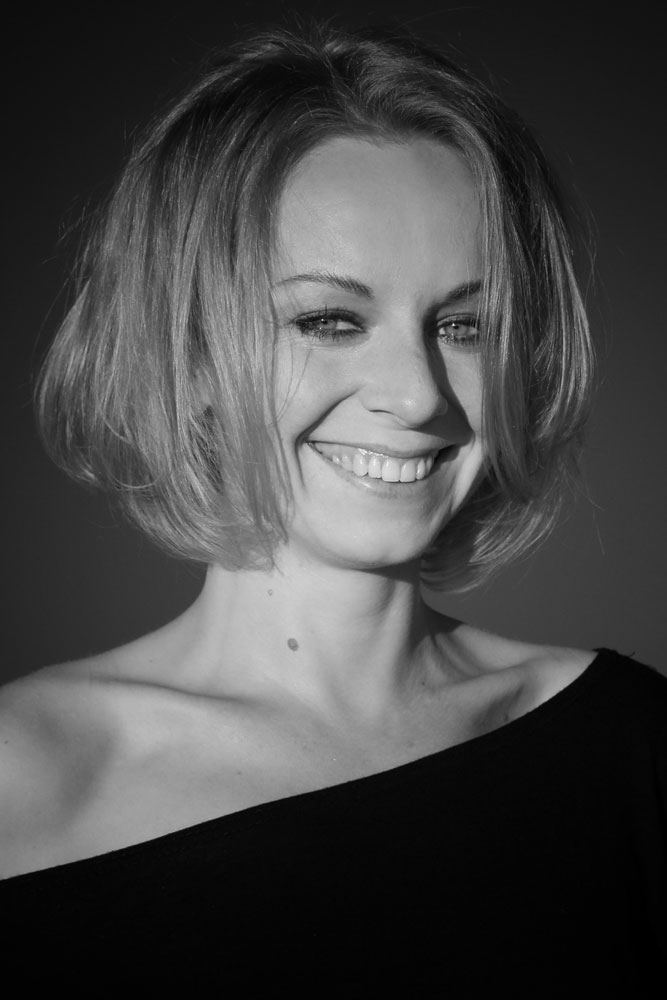 Graduate of the University of Wrocław and Lart Studio in Krakow.

Actror, translator, co-founder of the Fundacja Wszyscy Obecni acting against exclusion from culture, in which she directed her first performance Emperor’s New Clothes.  She has attended The Abbey Academy of Singing and Acting in London and Bernard Hiller Masterclass. She completed an internship with the Critical Mass Performance Group in Los Angeles.

Working with KTO Theatre since 2009, she has performed in Rondo directed by Piotr Bikont, as well as in many Jerzy Zoń’s productions, including Wesele Zielonej Gęsi (2012), Neomonachomachia (2015) and Weselisko (2017).

Currently, in the cast of The Blind, Chorus of Orphans and Peregrinus.