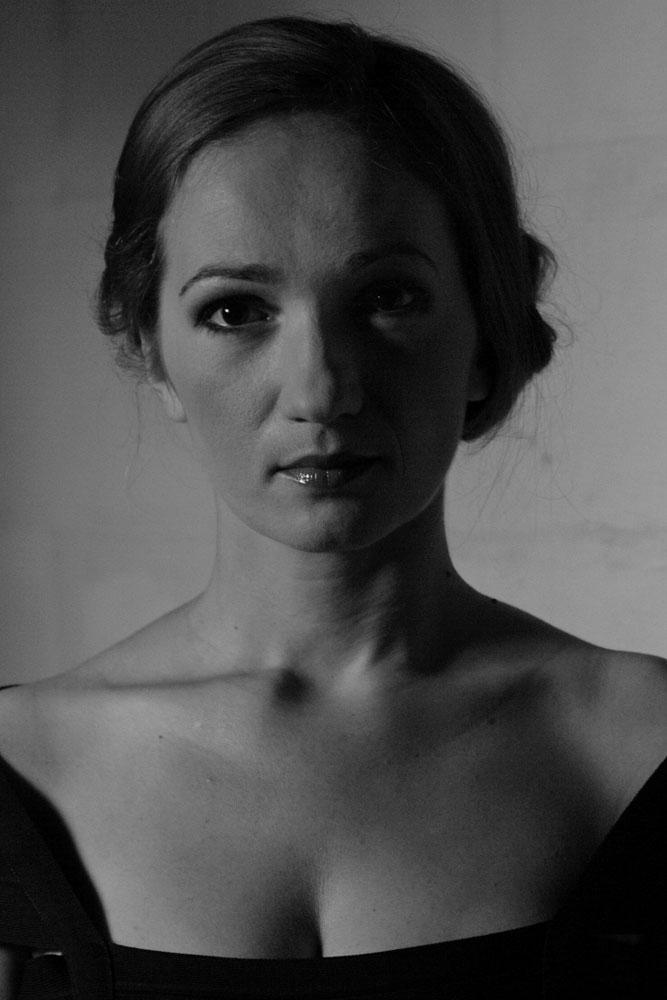 Graduate of the SPOT Acting School in Krakow. In 2011 she passed her extramural exam for drama actors.

Justyna worked with Jorge Parent, Wojciech Adamczyk, Maciej Pieprzyca, Piotr Borowski and Jan Hussakowski, among others. Since 2010 she has performed in the Proscenium Theatre led by Ziuta Zającówna. She cooperates with the Kamienica Theatre and Studio Theatre in Warsaw.
She performs in DROM – on the paths of the Roma by the Migro Theatre.

Working with the KTO Theatre since 2012, she performed in Rondo directed by Piotr Bikont, as well as the lead in Leon and Matilda by Andrzej Sadowski. She appeared in many productions directed by Jerzy Zoń, including Zemsta Romea i Julii (2014), Exodus (2016), F-451 – KRAKOW (2017).

Currently, in the cast of The Blind and The Fragrance of Time.