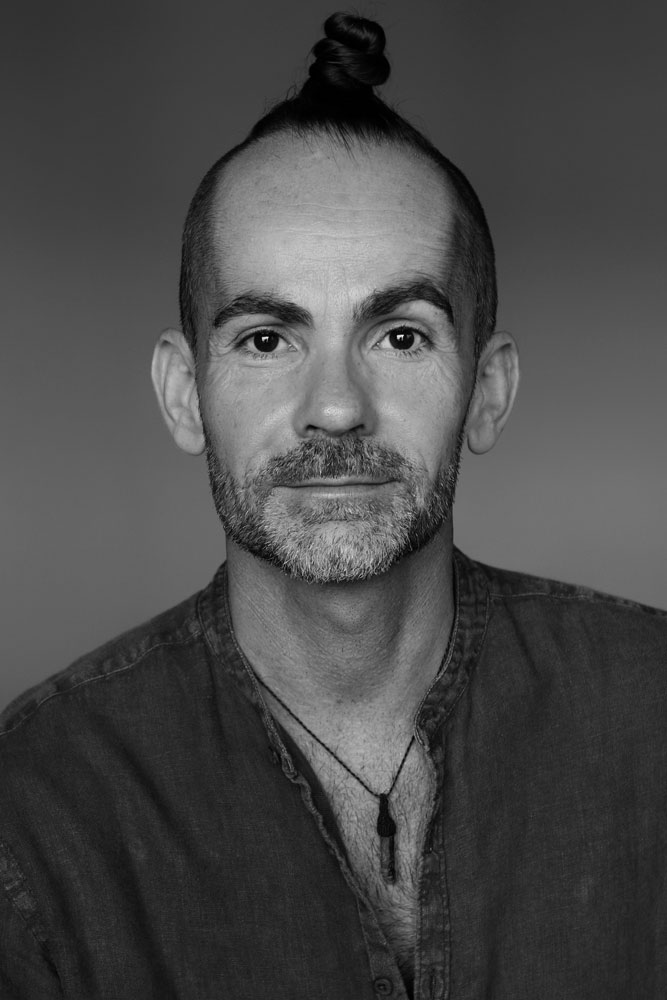 Actor and assistant director, he joined the KTO Theatre in 1993.

Graduate of the  Institute of Eastern Slavonic Studies at the Jagiellonian University in Krakow, Pushkin State Russian Language Institute in Moscow and Postgraduate Studies in Theory of Dance at the Fryderyk Chopin Academy of Music in Warsaw.

From 1991 to1992, he danced in the Balet Form Nowoczesnych at the AGH University of Science and Technology, from 1994 to 2000 in the Eurodance 2000 group led by Tomasz Gołębiowski.
For four years (1998-2002) he cooperated with the Kyiv Experimental Theatre. He participated in many international projects, including a performance in the Polish-Norwegian theatre production Life Shots directed by Rune Temte (2015), a series of workshops for students of the Vaganova Academy of Russian Ballet and Saint Petersburg State University (2019) as part of the 8th St. Petersburg International Cultural Forum.

In 2005, he also took up photography and since then he has had four individual exhibitions: mikro-makro, Utopia, Motion Pictures and Peregrinus. Exhibition, which were displayed in Krakow, Wroclaw, Gdansk, Sopot, Berlin, Vienna and London.

Since 2017 he has been teaching at the Stanisław Wyspiański National Academy of Theatre Arts in Krakow.

He made his debut at the KTO Theatre in the spectacle Cinema directed by A. Weltschek.

He has appeared in more than 40 productions directed by Jerzy Zoń, the most important of which are the  Apocryphe, The Tower of Babel, Nowy Targ, Installation I – Sutor, Mazepa, Cantata, Quixotage, The Hour We Knew Nothing of Each Other.

Currently, in the cast of I’ll Sell the House in Which I Can Live No More, The Blind, Chorus of Orphans, Peregrinus and The Fragrance of Time.