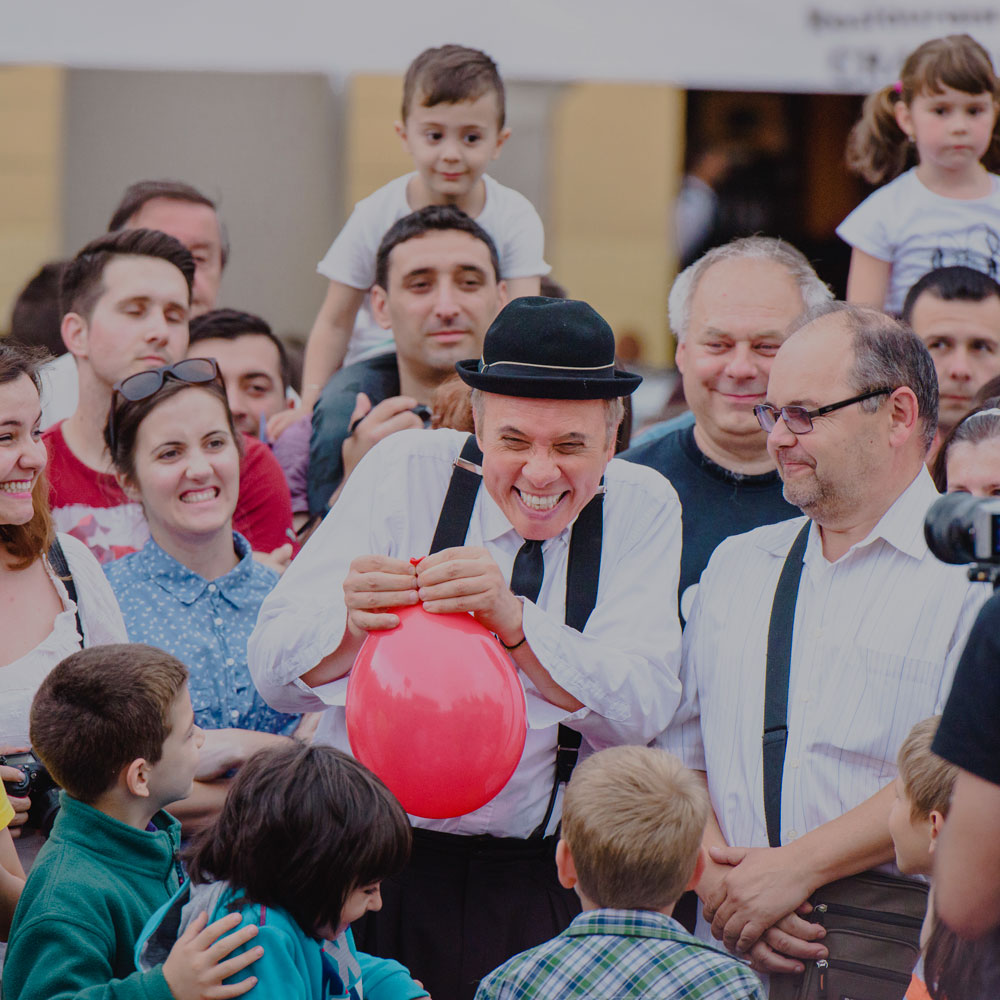 Zee – a voyager composed of emotion and humour. A curious and clumsy comic explorer capable of unveiling the flames of childhood in everyone. The city for him is a constant source of novelty. When he blends into the crowd, mechanisms that govern actions of human beings escape him completely as he tirelessly explores objects, shapes and beings with an awkward and innocent curiosity. He does not pose existential questions, yet … he may trigger them among the audience.

As a young admirer of magic and comedy theatre, Roland Zee found that he also had a few tricks up his sleeves. Commencing his extensive artistic career in his native Brazil, he participated in several theatrical creations with the local troupe Vira Lata. In the 1980s he perfected his skills in the art of pantomime. He produced solo sketches, and was often invited to television programs. But as his skills and interests developed, Roland gravitated towards the capital of the art of mime – Paris, France. It was not an uncommon sight to catch him performing just outside the famous Centre Pompidou. Since the 1990’s he has taken part in street festivals across mainland Europe, as well as in Great Britain, Scandinavia, Russia, Brazil, Hong Kong and Japan. In another change of continents, Roland relocated to the United States, where he produced his show A Visual Comedy Act at Walt Disney’s Epcot Center in Orlando, Florida.