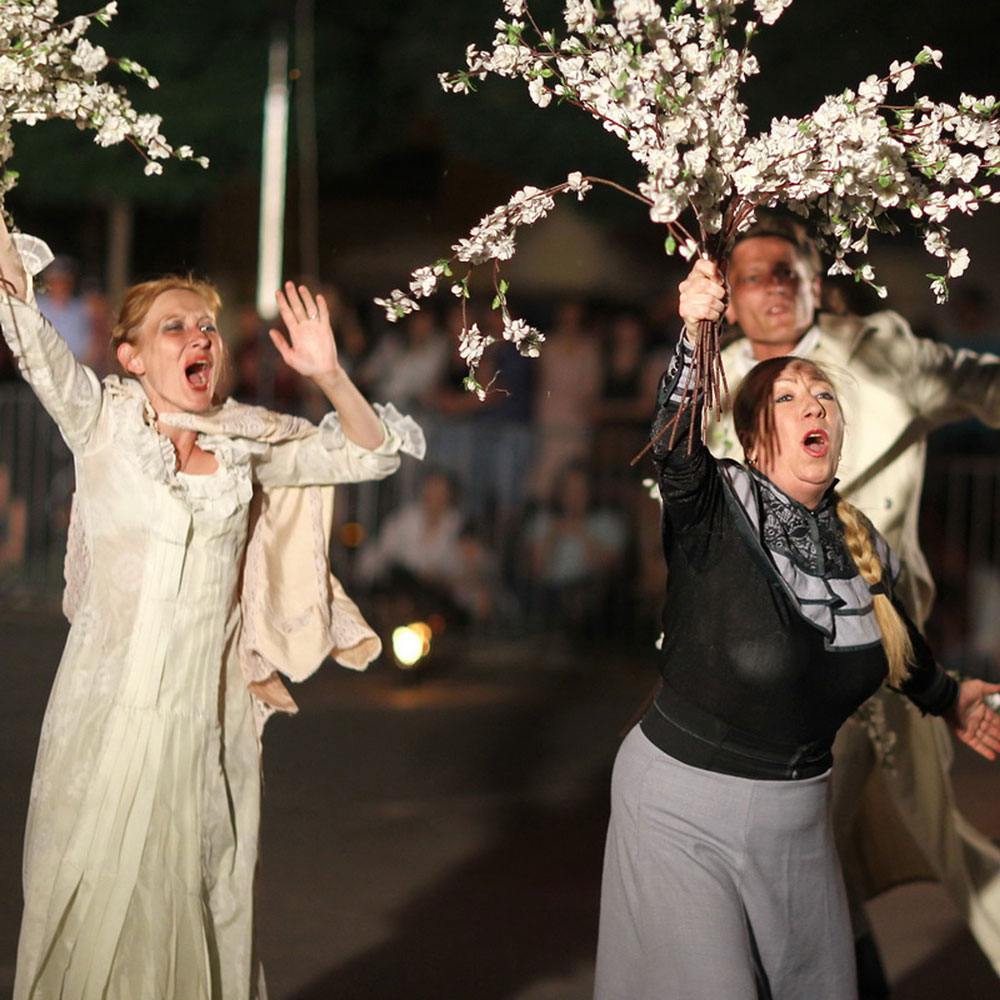 One of the most important plays by Anton Chekhov, translated into the language of street theatre with its characteristic elements such as stilts, mobile structures, emotional music, live fire and special effects. The production is focused on the theme of transience, inevitable loss of love, attachment and longing. With the help of warm lyricism and well-disposed irony its director has managed to construct the cast of Cherry Orchard characters in a masterly way.

Established by Yaroslav Fedoryshyn in 1990, the company was born on the wave of social transformations following Ukraine’s regained independence. It soon won the hearts of the audience presenting world drama, which had never been shown in the Ukraine before. Step by step, combining traditional acting styles based on psychological insight with modern visual forms, the troupe managed to work out an original stage formula of its own. It also gained appreciation and fame for its attractive outdoor shows performed with a flair and excellent acting.

In the glow of fire, carts, bicycles and scooters ride around, fireworks are shot towards the sky and bells toll. And Chekhov’s spirit is felt there all the time.

Absorbing music, colourful lights, stilt-walkers, coat hangers as a an element of space and fire – all of that created a fairy atmosphere of the story about the eternal threat of our loss of freedom and love, and also about the world ruled by money. (…) The Cherry Orchard is delightful thanks to its total perfection and excellent acting.