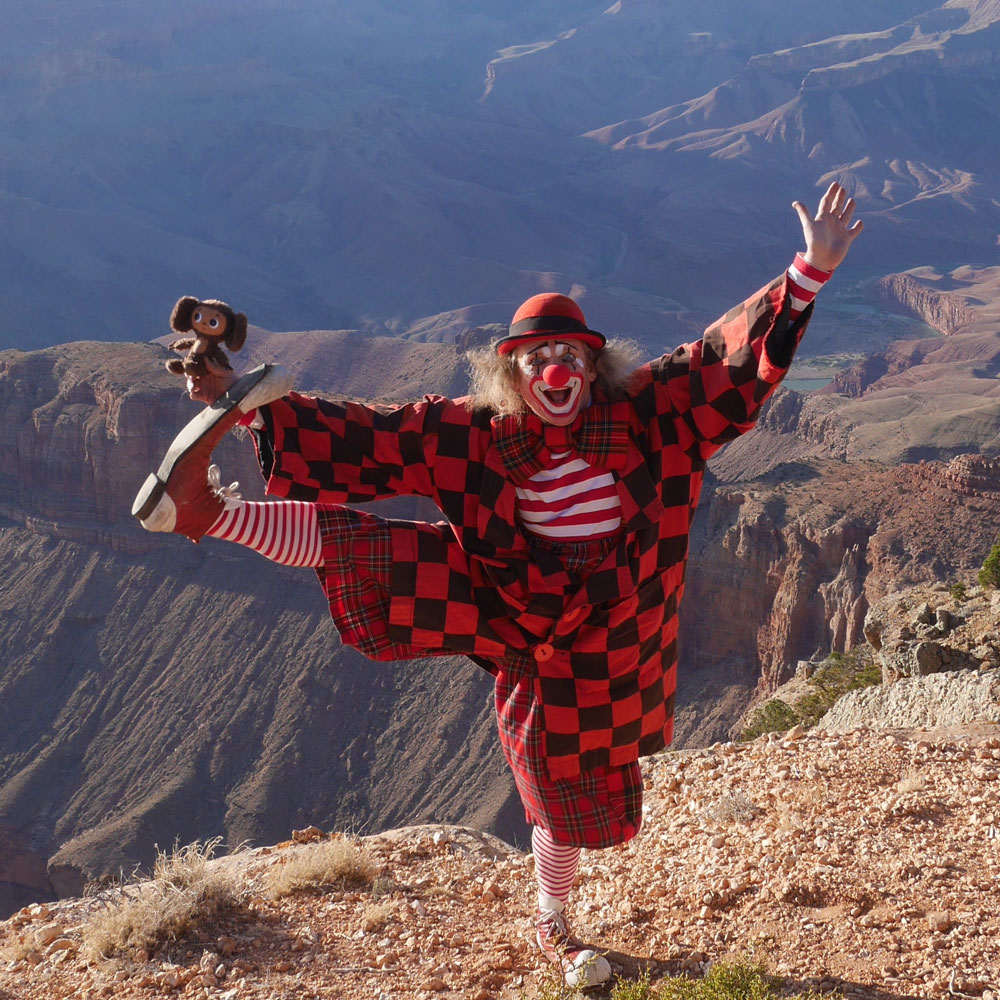 A street performance of a clown and his puppets – Eśko the Clown, Maxim the Stilts Walker and Leon the Biker – gets interrupted by a sudden blow of the wind which kidnaps the protagonist and carries him to a magic forest inhabited by fantastic characters: a Faun, Fairies, Elves and Dwarfs. This fabulous idyll of the woods is destroyed by the arrival of bulldozers and excavators. Eventually forest trees are replaced by a supermarket. Can this story have a happy ending?

The Pinezka Theatre was founded by Przemysław Grządziela in 1980 in Gdansk. For 40 years now it has entertained audiences with its explosive mixture of pantomime, clowning, juggling, acrobatics, dance, stilts walking and puppetry, as well as the magic of traditional comedia dell’arte. It has regularly represented Polish culture around the world, performing in places such as Kennedy Center in Washington DC, World Expo 1992 in Seville, at World Expo 2000 in Hannover, and upon invitation by the British Consulate even in Amman. It has participated in the most spectacular theatre festivals and won numerous prizes. It has performed in China, Egypt, Ecuador, Japan, Jordan, Mexico, Palestine, Russia, Tunisia, the USA and in nearly all countries of Europe.