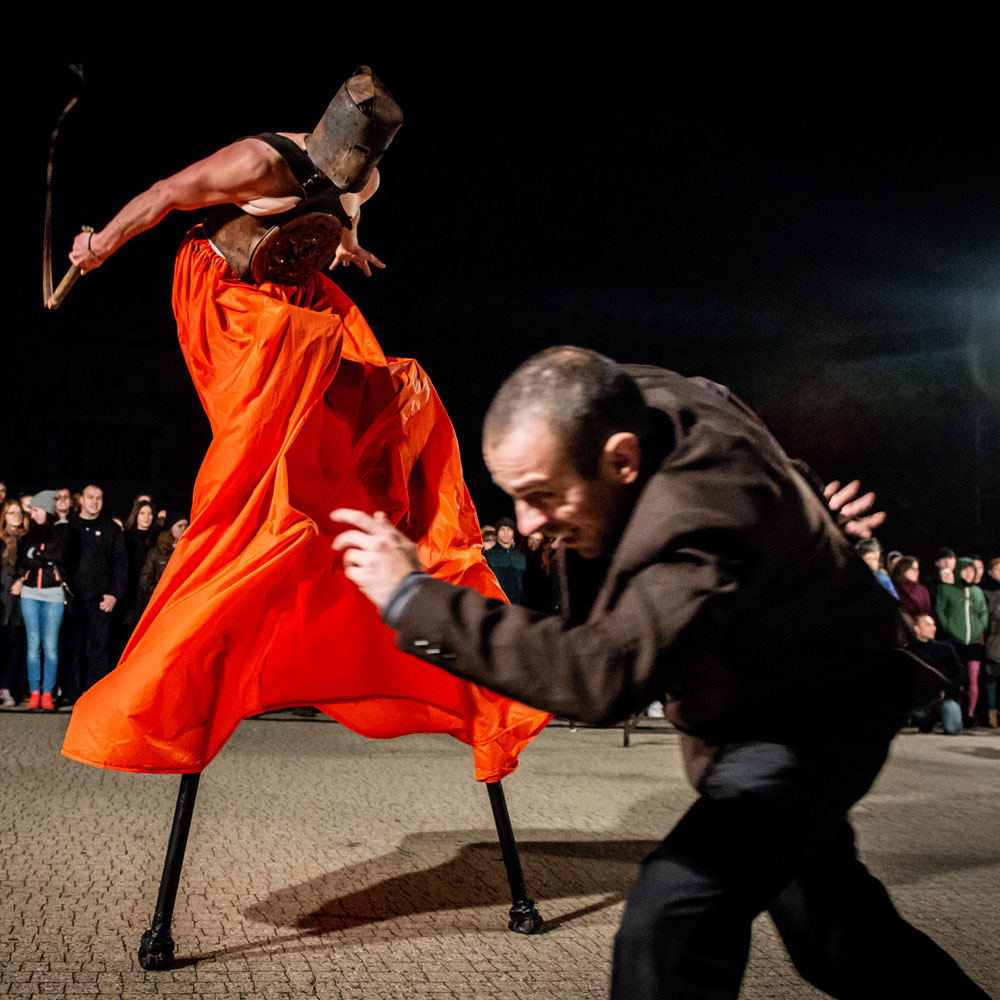 Inspiration for this performance was found in the war in Yugoslavia. In the preparatory period the members of the group met some refugees from Bosnia whose accounts of escalating ethnic conflicts, outbursts of nationalism, violence, animosity, and manipulation of social attitudes that had set the Balkans afire gave birth to universal metaphors describing the condition of the people who have been displaced. The non-linear elements of the show’s plot take place both in the realistic and the metaphysical spheres.

The production has been awarded the Fringe First, Critics` Award and the Hamada Award at the Edinburgh Fringe Festival and the „Theatre-For-All” Award at the Fadjr Festival in Teheran.

Founded by Pawel Szkotak in 1988, the group has developed its own working practice and a recognizable style. Its productions have been shown in over 50 countries on six continents (Argentina, Australia, Brazil, Colombia, Cuba, Egypt, India, Iran, Israel, Jordan, South Korea, Lebanon, Mexico, Russia, Singapore, Taiwan, Turkey, Uruguay, the United States of America and most of the countries of Europe). The company specializes in open air shows (having now produced over 20 of them). It has also initiated a number of artistic and social projects, reaching the communities whose access to theatre is very limited or even non-existent. It has cooperated with Palestinian refugees in Beyrouth and presented the show Carmen Funebre on the West Bank, in the Iraqi Kurdistan and in the Dyiarbakir Region (Turkish Kurdistan).

A contemporary performance created with theatrical skill and the sensitivity of an open nerve – a poetic piece devoid of euphemism.